The most interesting news of the day comes from the Dalai Lama’s visit to Malmö, Sweden, a highly immigrant dominated city with an astonishing crime rate, most victims of crimes being indigenous Swedes. 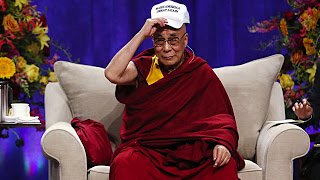 At a conference on how to create a more peaceful and happy society, the Dalai Lama has been quoted as saying of the situation that “Europe belongs to the Europeans”, the same thing we have been saying for years, and that “it should be made clear to refugees that they should return to their own countries and rebuild them”.

He also added “Receive them, help them, educate them… but ultimately they should develop their own country,”

Interestingly, this is the stance outlined in the manifestos of Alternative for Deutschland, Alternative for Sverige, Viva Malta, the BNP and the National Front. I suppose the next allegation the braindead left will attempt to employ is of namecalling the Dalai Lama a Neonazi skinhead or “Far right thug”.

In our hour of need, it seems only fitting that the man who would defend us and our right as Europeans to defend our heritage, culture and race is a man who himself knows all too well the devastating effects of ethnic replacement, having lived through communist China’s annexation of Tibet which sought to suppress Tibetan culture through hostility.

As significant as these comments are, isn’t it funny that no major left wing or even centrist newspaper has covered this story? I wonder why? They were all over the Dalai Lama when he was standing up for the legality of homosexual marriage.

Britain, and indeed Europe as a whole is on the precipice of complete destruction, a precipice that Tibetans know all too well, but a precipice they managed to climb away from. Organised crime syndicates established by second and third generation Jamaicand and Africams, bolstered by alleged refugees, already control parts of Manchester, Birmingham and most of South and East London, and the situation is even worse in Sweden with one town, Rinkeby, completely under migrant control and thus completely lawless.

Last year, 18 low-ranking members of the gang that run parts of Birmingham, the Burger Bar Boys, have been arrested after uploading videos to YouTube rapping about the murders they have committed towards the rival gang, “The Johnson Crew” who also own entire streets of inner Birmingham. 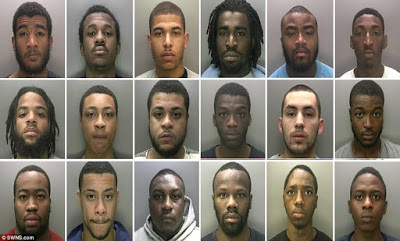 I think I’ll leave it there for now, but be sure to look up the stories for yourself.