“Traditionalism is the way, the truth and the life. No one will see glory but through the wisdom of Odinn.”

A little twist on the words of Yehoshua bin Yoseph, latinized as Jesus. Probably one of the nicer Jews if you ask me.
What Jesus was saying was pretty much right. Regardless of what your path is, the most important thing is to stick on it and pursue the truth in order to become divine, even in a secular sense. 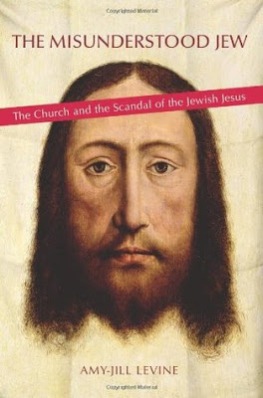 We do not have to believe in a God to know that God exists. God can be whatever you want God to be. If God is truth and vice versa then a pursuit of truth is a Godly endeavour in its own right and truth seekers are God seekers by definition.
Another piece of wisdom from Jesus (or Yehoshua if we wish to be precise) was that by the fruits of a teaching shall we know whether it is good. It does not take a genius then, to disavow Islam as garbage when one sees the fruits it produces: War, misogyny, pedophilia, totalitarianism and animal cruelty to name a few.
No war in the entirety of human history was fought over paganism. Our ancestors never knew of divorce. They were happy to live and die at the drop of a hat for the greater good of their people.

They believed in the excellence of self, first and foremost, and then the safety of the family and the tribe.

No ideology in the entirety of human history has come close to impersonating the perfection of tight-knit family and community life, and the further we depart from time honoured tradition the further we descend down a rabbit hole of misery.

Clinical studies repeatedly show women are more happy with children, yet European women are having fewer. They have shown that men are happiest when productive, yet they have never done less. Home schooled children or children taught in smaller classes have repeatedly shown to perform better than those in conventional schools, yet class sizes in the West are exploding despite lowering birth rates. *cough* immigration *cough*.

Don’t even get me started on the transvestite suicide rates or the documented academic and psychological problems of race mixed young people.
﻿﻿﻿

The solution is to every day aim to become a better version of yourself, enrich your tribe, be a force against evil, seek a wonderful spouse of the opposite sex that shares your values (so you can have descendants and by extension eternal life), plan for the future and have fun doing it! Seemed to work perfectly well for at least 70’000 years.

The problems we face and are yet to face, depression, anxiety, DPD, “gender identity disorder”, homosexuality and more have occurred more prominently during the last century than in any time in history and, what a coincidence, the cause is that we are in the death throws of conventional Abrahamic religion, killed off in no short measure by Darwinism and Carbon dating.

Traditionalism is an impenetrable armour of logic that serves to fill this vacuum: never changing but always vigilant.

By the fruits of our mighty European tradition you will learn it is the way, the truth and the life.

You shall know the truth, and the truth shall set you free.

Understanding and rationalising a reverence for one’s heritage and indigenous traditions is really integral in understanding why one becomes a nationalist, conservative or ethnocentrist of any kind.

An apprehension towards outside influences on a culture or race, even if such influences are obviously incompatible to said culture, is denounced by modernists of all political affiliations in modern times as a phobia (originating from the Greek phobos, meaning “fear”). Liberals wish to diagnose a distaste for our own destruction through the dilution of our culture and blood as a mental disorder whilst content to characterise their own ideas, some of which include unhealthy sexual fetishes and lifestyles, as mere choices or even traits one is born in possession of despite the evidence against this.

What they do not understand is the very foreign people and ideologies they wish to defend do not reciprocate their positive sentiment. A visit to Birmingham, Greater Manchester, Leeds or South London after dark should clarify to a pasty liberal very quickly this most intense of realities.

In actuality, territorialism and conservationism, rather than being disorders, are an integral part of the way we have been designed and have proven their evolutionary worth in the grand Olympics that is natural selection. Does not a dog bark when a stranger walks through the gate? Do apes not fight opposing groups for defence or even dominance? Why do we seek to distance ourselves from the very nature that nurtured and created us? As a traditionalist, I am constantly looking for and finding congruence and patterns within different aspects of culture and even within nature, and this behaviour is no different. It is in the interests of our survival to be territorial, and not an irrationality to be done away with. Our instincts have been created through meticulous experience.

In this skeptic vain, I feel I was a traditionalist before I even knew what a traditionalist was. I have always been skeptical of that which is not immediately recognisable as sensible or logical, and rightly so. The history of our great continent has always fascinated me, and our fine native mythology and religion was an integral element of my upbringing, as should be the case with the upbringing of all children regardless of where they come from. I was imbued with a passion for masculinity, chivalry and tenacity. I grew up with a passion for animals and our fine European countryside, and was dismayed to learn of the harm we had done to it and found it hard to rationalise.

I have also had a very personal run in with multiculturalism. I myself am a mix of two modern European nationalities, British and Maltese. As a result of having parents of different cultures, and the disarray that this caused in my personal life, I grew a distaste for this arrangement before I knew of its extent. On a broader scale though, issues of race and sexuality did not enter into my mind until much later when I was unfortunately exposed to these realities. I never saw enough of immigrants, modernist deviants or “Socialist Yahoos” in my sleepy town for it to arouse my intellectual curiosity sufficiently for me to form an opinion.

With this view of xenoscepticism, if you will, established, I wish to clarify that I am not saying that ideas themselves ought not be exchanged between tribes, as they have been since unfathomably ancient times. However, what I stress is the medium by which the ideas are exchanged and  indeed the congruence of such ideas with the culture they are to be subsumed into.

We will get onto the subject of the Anglo-Saxons in a later post, but to touch upon them I believe they serve as a good example for how a culture can integrate into another culture without causing a catastrophic level of dissonance. The reason that nobody complains about Anglo Saxon immigration into the lands now known as England is that the Anglo Saxons and Celts shared a religion, many customs and a race. However, this “multiculturalism” did indeed cause some issues which I will return to in a future post.

In ancient times, European tribes met regularly each year at a moot closely resembling a parliament to discuss issues of mutual importance and to exchange ideas, goods, women and indeed to engage in one of the most important customs in European tradition: competition. The Olympic games was a comparatively modern leftover of this archaically European tradition which has been lost in modern sports.

The tradition of meeting to exchange ideas is one found across all Indo European cultures. One example was that of the Althing in Scandinavia. Though, comparatively modern in its creation, approximately 930AD, there are also Germanic traditions known as “folk moots” in Anglo Saxon England which had a similar purpose. We also knows that Celtic peoples on the British and Irish peninsula would exchange goods and wives with Galicia and Brittany in particular. Celts also had “moot hills” whereby announcements would be given and laws exacted. Being traditionalist does not mean being isolationist, but means being cautious in the embracing of new ideas, as the collapse of ancient Greek and Roman cultures teaches us all to clearly. More about that in a later article though.

Indeed, this communalism with one’s neighbors is traditional and ought to be embraced, but only within the confines of that which is in the best interests of the European peoples. Populations were only exchanged out of necessity, such as when the gene pool of a tribe needed replenishing with women from neighboring tribes to avoid incest. Ideas were only embraced if they improved (or seemed likely to improve) the quality of life of the tribe. The only time in which there were any significant changes to the structure of a civilization (such as the change seen in ancient Greece between Homeric times and the age of Socrates) was due to invasion. As recent DNA and archeological evidence can support, the mainland Greeks and Romans bear little similarity to their modern counterparts, mainly due to immigration from the Middle Eastern culture of Mycenae and North African Carthage/Phoenicia. As uncontrolled migration and ethnic dillution shook ancient Greece and Rome, levels of degeneracy increased which gradually lead to the hunger for wealth, power and sex that lead to the collapse of the Greek city states and later the split of the Roman Empire into the Western and Byzantine blocs.

The moral of that story: Community lovers rejoice, multiculturalists beware!

I think I will leave it here for now. If one was to find that this article contained interesting information, please stick around for more in the next few days and weeks. I think I’m going to enjoy this.