Soviet kingpin Joseph Stalin took the view, derived from the works of his idol Karl Marx, that “Religion is the opiate of the masses.”

This attitude, of course, was the precursor to the staunch materialism and atheism of the proleteriat movement which is still strongly characterised within the left wing ideologies of the present day. All forms of leftism, excluding perhaps Ethnic National Socialism as implemented by the German Workers Party, and to an extent encompassing soft right political ideology also, rejects the principles of metaphysics in favour of an individualistic, materialistic dogma the centre of which is the worship of the immediate sensational gratifications above all else. 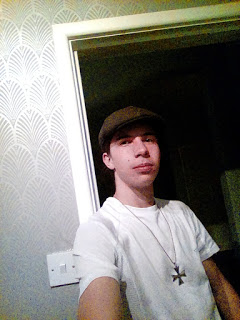 What Marx and his philosophical descandants failed to realise was typified best within the works of Guénon and Evola, which is that the aforementioned attitude of religion as a means by which man is enslaved is in actuality the opposite of the truth. Moral, social and spiritual retardation is best achieved under an atheistic system, as has been shown within the modern world and the decay of all traditional values, be that the denigration of racial pride, decreased polarity of the sexes, the implementation and normalisation of disturbing and unnatural sexual fetishes expressed within the “LGBT+” movement, the “+” providing the capacity to incorporate endless even more worrying variations upon the prior established sensationalist foundation.

Marx did not realise or deliberately chose to ignore the value of religion in the liberation of an individual from the materialism which would seek to pull them down to the lowest common denominator; it is a device with which man becomes more than the self, and pulls away from the world into the domain of absolute principle. Through religion, or more aptly the absolute principle of The Beyond, the shackles of the present, of the disenfranchisement one naturally feels for the physical world are broken and through an ordering of soul and principle society naturally falls into line.

As Guénon wrote in The Crisis of the Modern World, all political movements that ignore the reality of metaphysics as a root cause and necessity are doomed to failure as some point, and can only act to slow the degradation of the world into a new Dark Age. Without this metaphysical foundation, it becomes clear that atheism is the opiate of the masses and prevents the virtues of sacrifice and identitarianism from emerging, without which, as Evola wrote, it is impossible for one to become a “Free man in his proper station”. The attitude typified by John Lennon in Imagine, the clumsy communistic ravings of “Living for today” must be eradicated from mainstream thought before they destroy the remnants of society that are propping up the encroaching nihilism.

If Stalin did indeed support the Marxist view that religion is the opiate of the masses, it was a view he maintained only in theory, for as was the case with Mao Zedong the way in which power was seized and maintained in both Russia and China focused upon the elimination of religion and also the closely linked values of monarchy which are spiritually entwined within, which in turn produced a more docile and submissive populace grounded in virulent alcoholism, insatiable consumerism, materialism and defeatism.  Indeed, what was achieved proved conclusively atheism to be a far superior opiate than religion could have ever been.